Luma on an asset that has an effect

We have quite often wanted to add a luma effect on an image where we have added a slide effect.
When this is done, the luma video slides with the image. Is there a way to make the luma video stay still while still using an effect on the other assets in the track?

We would like Clip 1 to stay still at the center of the screen, while Clip 2 would slide to the left.

Is this the type of effect you are trying to achieve:

It is not using a luma asset but a PNG image with a transparent “window” that creates a border around the image. The image in the background moves. Here is the template for it: 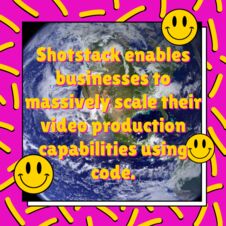 If you wanted to create something like this that is animated, then instead of using a PNG you could design a QuickTime mov file in an application like Adobe After Effects. There is a guide here how to create animated overlays:

In that example it creates a transition effect but the same approach can be used to create any kind of animated overlay.

We are creating something more like this Shotstack example Luma Matte Transitions Tutorial Step 3 - YouTube but with images instead of videos. And to make it more “alive” we wanted to add a sliding effect to both images.

We decided to mask it this time with an overlay video but it would be nice to have the option of doing it without a fix like that.

Can you share the final video and I will see if there is another way to do it. You can DM me if you like.